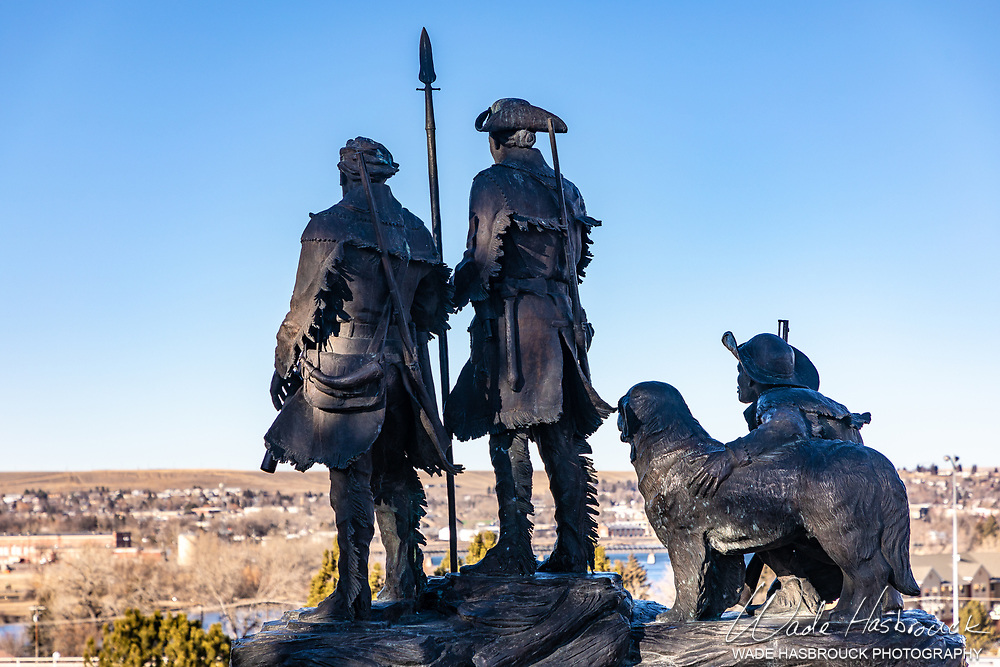 It is always nice to head home, where ever that might be.   Whether it is where you are currently living or where you grew up as a kid.  As my wife and I were working to get the website ready to launch, we made a trip to my hometown of Great Falls, MT, to visit my father and step-mother, and my brother and his family.  My father and step-mother still live in the house that I grew up in, which is now 50 years old.  Due to the pandemic, other than via Zoom or FaceTime, we have not seen my family since the 2019 holidays.  Our plan was to make it a bit of a “working vacation”, as we were working to get the business and web site ready to launch (photo hosting, client relations management, contracts, etc.).  One of my other goals was to get in some “photographic practice”, which involved practicing with the drone and getting family members to pose for portraits to use in my portfolio.

If you are not familiar with Great Falls, it is one of the larger cities in Montana, and if you live in a bigger city like Seattle you would consider it a “small town.”  It has population of close to 60,000 and is on the front range (east side) of the Rocky Mountains.  It gets its name from the set of five waterfalls that Lewis & Clark had to portage around during their expedition to the Pacific Ocean.  The Native Americans that Lewis & Clark encountered during their expedition referred to these falls as “The Great Falls of the Missouri.”  Great Falls is also home to Malmstrom AFB, one of the largest ICBM missile complexes in the United States, which made growing up here during the Cold War interesting.  The primary industry in Great Falls is agriculture.   Growing up there was a wheat field that essentially came up to our back fence.  In the time since my childhood, the farmer has sold off parts of those fields to housing developers, and now what was a wheat field to me growing up is now full of houses.  The portion directly behind my father’s house was sold to the city for storm water retention ponds, and Little League fields.

Since we were not able to make the trip to The Gates of The Mountains for a picnic, we changed our plans and instead had a picnic at Giant Springs State Park in Great Falls.  It should not be surprising that Giant Springs is yet another Lewis & Clark site.  The water apparently takes about 3,000 years to travel underground from the Little Belt Mountains about 60 miles to the east to where the water emerges from the ground and flows into the Missouri River.  The water from the spring is a constant 54ºF year round which makes it ideal for raising Rainbow Trout, and thus there is a fish hatchery located here that primarily raises Rainbow Trout used to stock various streams and lakes in the area.  We used this picnic as an opportunity to take some family portraits, which gave me a little practice in doing group portraits.  Giant Springs is also a great place to practice long exposure photography so that you get the nice blurry effect of the water moving and being able to see through the clear water.  I have done this both in the summer and the winter and both are beautiful (winter there are less people getting in the way).

One my tasks while in Great Falls was “drone practice.”  While the drone is new to me, being a private pilot makes it less intimidating.  The drone is pretty easy to fly and doesn’t take much to learn the basics.  While the drone does have quite a few  automated routines for capturing video shots, it is nice to be able to hand fly these as well and that is where the practice comes in, especially when needing to do these things in tight quarters where there are obstructions.  While I spent most of my time working on flying those basic maneuvers, I did take a little bit of time and went up to about 200 ft and took a quick photo looking to the north showing what exists outside of Great Falls, which is not much more than a wheat field.

The video below is a short video from my practice session.  To create this video, I used the “MasterShots” intelligent/automated flight mode on the drone.  In this mode the drone will fly a set of maneuvers for for the scene, and then the DJI Fly app will use that footage to create a video.  You can also change up the video with different music styles of music.  While this video is only 20 seconds long, the drone actually shot about 2 minutes of footage through the various different maneuvers and you do have access to that footage as well.

While some think that just because they have a drone they can fly it where ever they want when ever they want.  That is not true, which is one reason I encourage people to pursue their Part 107 Remote Pilot Certificate.  Whether your are a Recreational Drone Pilot or a Part 107 Pilot, you are not allowed to fly drones in controlled airspace without a “clearance”, and if you look at a map you will notice that most of the city of Great Falls lies within the Class D airspace of the Great Falls International airport.  The location I was flying the drone at in Great Falls is on northern edge of the Class D.  People should not be scared of having to get a clearance, as the FAA has made it super simple through the LAANC (Low Altitude Authorization and Notification Capability) system and apps such as AirMap.  Apps such as AirMap will also show you what the allowed ceiling is for drones in the area you are in.  Where I was at the ceiling was the standard 400′ above ground.  If you are right next to the airport it is 0, i.e. you are not allowed to fly right next to the airport.  It is important to be aware of these things as some people think “I am not with in 5 miles of the airport” and they are thinking “driving distance” not “straight line distance” and are not aware of the airspace they may be in, and this applies to ALL drone pilots.  LAANC is available to all drone pilots, both recreational and Part 107.